I am confused. It was my understanding Windows 7 end of life was 1/14/2020. But a vendor called me to say it is actually going eol this year.

How do I know if I have a Skylake system?

Does this mean ONLY Skylake models are OK with Windows 7? What about my older non-skylake Windows 7 devices?

Yes, Win 7 will EOL in 2020. However, the article is also right in that microsoft is not offering support for the new line of processors. This means that Skylake models are NOT OK with win 7. Your older laptops and hardware will work just fine. There are ways to hack your way around it, but its not worth it. They will probably break the laptop in future updates. You can see a line of skylake processors here: 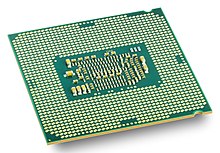 If you buy a laptop today brand new, you are likely to be buying skylake. You’ll need to start moving to win 10. We hit the same issue over here.