We currently use a display panel to indicate when a parent is needed back in Children’s Ministry for their child. We use CCB check in. I’ve been asked to look into texting parents in addition to the display. There is some concern about using our CM workers’ private cell phones for texting. Do any of you have a system for texting parents during a service?

Yes! We’re using Google Voice on a tablet. It seems to be working quite well. We even use it to send a follow-up text message to new families now.

That may be just what we’re looking for…thanks for the info!!

*"Centered on Christ // Shaped in Community *// Sent into the World"

Did you look into texting through the Church Community Builder Check-in System? You can set up parents at check-in to receive messages direction from the check-in software. It’s only one-way but it allows you to have the announcement type information TO parents without using your volunteers cell phones. Just a thought.

I think CCB already has this functionality built-in. I know there’s an option to capture a cell number during checkin and I think you can trigger a Twext from CCB based on that info.

doh. Pay attention to what David said. He definitely knows more about CCB than I do.

Thanks David!
We did look into using CCB, but that would mean the caregiver having to
access a computer…so they would either need to send someone out of the
room or I’d have to
put a computer in each room

The Google Voice and tablet idea is sounding simple and free…plus I can
get a tablet for each room for about $40 each.

*"Centered on Christ // Shaped in Community *// Sent into the World"

I also know that Church Community Builder is updating Children’s Checkin from the ground up so there will be a lot more functionality with some mobile tie-in, as well. No ETA on that yet though.

Of course, the class leaders could use the LEAD app to bring up the parents and text them from there. That would still be using the IOS of the person sending the text though but would save from having another data silo.

We’ve just added Texting functionality into Rock’s “Check-in Manager” tool for the upcoming v8.1 release. It works via web or mobile/web (see screenshots below) and let’s the childcare worker text the parent(s), with the text coming from the server so the childcare worker’s mobile number is not exposed to parents.

[the worker selects the child in question] 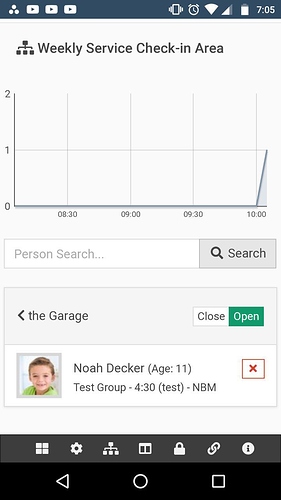 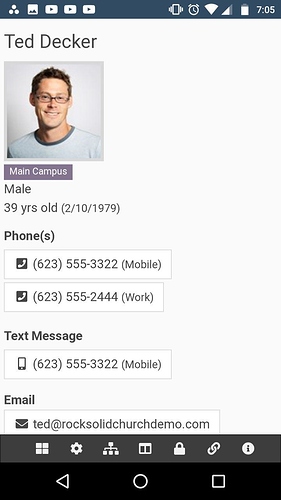 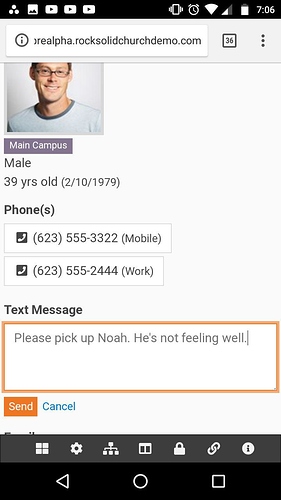 Here’s the link to our beta docs on that new feature.

Choose a plan that meets your business texting needs. Try today for free. Unlimited Messages, No Contracts, No Installation

This allows you to use the church phone number or any land line as a text number. Office staff can use it for various purposes as well.