Skype in a Worship Service?

Had an unexpected request come to me this week. We have a couple with a newborn infant they would like to have dedicated in the service, but due to severe medical issues they don’t want to bring her to church and be exposed to germs. She is not expected to live very long so they want to do it this Sunday. (Its quite a testimony. They were advised the baby wouldn’t be viable and they should terminate the pregnancy, but now have a baby that is able to do things they were told she wouldn’t be able to do, like see and hear.)

So, they want to do this with a live Skype or skype-like session, not pre-recorded, for a more real-time connection with the congregation. We are a single-campus church. We don’t live stream our services. We do have a projection system with multiple inputs.

I’m thinking about placing a laptop up front with Skype on it. The family would see and hear from the laptop, and the video and audio of them could go to the projection and audio system. At least in theory; I plan to test it out today.

Has anyone done anything similar and have any words of advice?

Skype is commonly used in broadcast, and they have products designed for making that experience awesome but this is pretty short notice to go full-hog. You’re going to want to make sure to feed them a clean audio signal so that there’s less chance for echo, and test with audio routed through the PA at the expected volume levels. 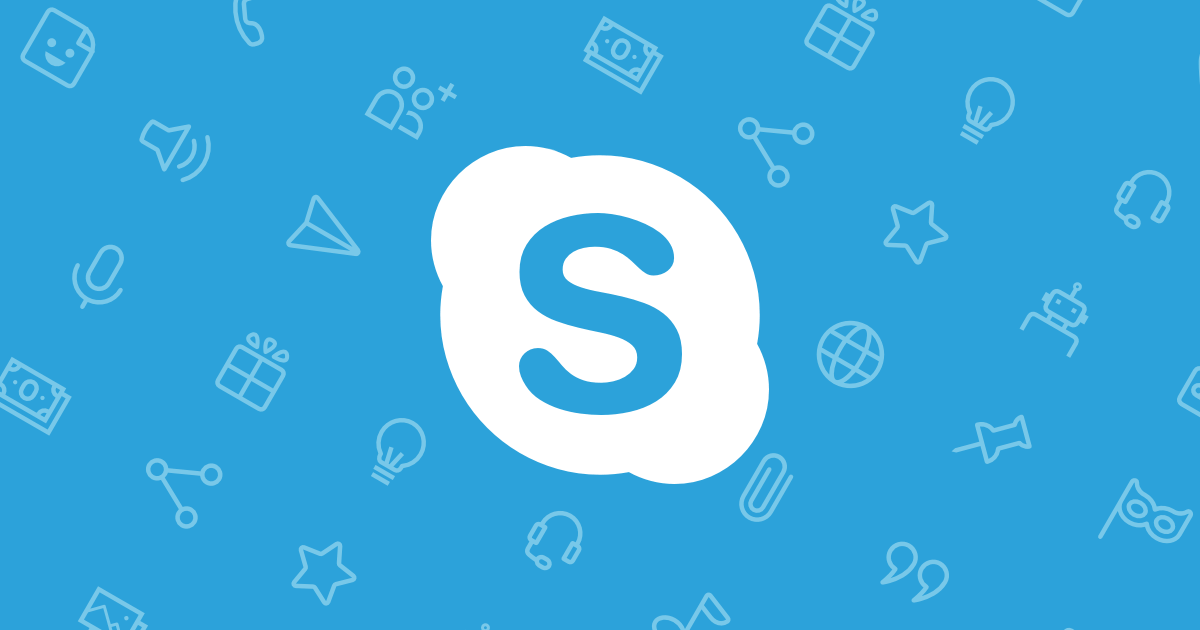 Skype for content creators now available for Windows and Mac

Podcasters, vloggers and live streamers can now bring incoming Skype calls directly into their content without the need for expensive equipment, studio set-up and multiple crew members with Skype for content creators.

Like Alex alluded to, audio will be your biggest challenge. Definitely don’t want to use the laptop’s mic. You need to feed them a mix-minus audio signal. Meaning you send them your pastor’s (or on-site) audio but not their own. So that requires an aux or sub output from your mixer that can be sent to the front and adapted to the input of the laptop.

Hey Erik when we’ve done this in the past we’ve used an XLR to USB interface for the audio going INTO the laptop as a “mic” if you’d like to come over and borrow one we have one that i don’t think is in use this weekend.

We also have a USB to XLR output that you could borrow as well.

I’m sure I’m not the only one who thought it when I read the post, but let’s all commit to pray for this precious little one. Having the tech work well would be great, but seeing a miracle done in her little life would truly awesome!

Thanks Jason! I’m connecting with our AV guys and I’ll let you know.

And, by the way, nice job at the piano recital last weekend. Such talent!

Yes, thanks for your prayers. I believe this link is publicly available for a little more about their story: Redirecting...

I forgot you were running tech for the recital, thats too funny.

Talk with your AV guys and let us know if you need anything. I’ve confirmed we have both devices available for your use this weekend and if you need an external usb camera we have a couple options too. What ever gear we have that can help i’ll try to make available to you.

Praying that this experience will draw your congregation closer to this family and allow them to surround them (virtually) and be the hands and feet of Jesus to them!

That should work, Erik, but I suggest another product if possible. Skype (the OS/consumer version) makes you agree they can use any computer with Skype running (even dormant in the background) to route other Skype users’ communications. Like a botnet, it turns your computers into supernodes. We’ve seen it take networks down to a crawl.

For that reason we use GoToMeeting. Not great, but at least there are no botnet-like aspects to it.

Looks like we’re going with FaceTime. The family has apple stuff and is already comfortable with that.

Skype removed the ability for end-user machines to become supernodes in
2012 and has since removed it from the TOS.

Have you seen some documentation about that? It’d be great if true, but I think that was only for the business solution; it’s still in the consumer home version. Some of our clients users have actually had it happen to them… 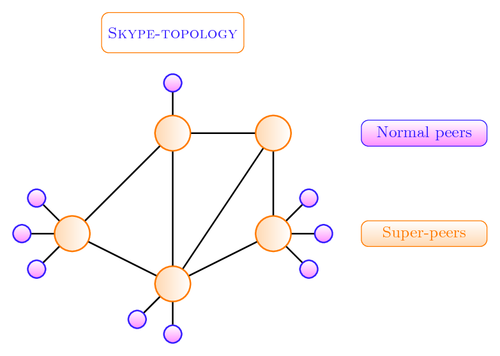 mobile applications The Skype protocol is a proprietary Internet telephony network used by Skype. The protocol's specifications have not been made publicly available by Skype and official applications using the protocol are closed-source. The Skype network is not interoperable with most other Voice over IP (VoIP) networks without proper licensing from Skype. Numerous attempts to study or reverse-engineer the protocol have been undertaken to reveal the protocol, investigate security or allow uno...

It’s never really had botnet behavior as the Supernets were simply a
distributed directory similar to DHT. There have been malware networks that
use Skype protocol as a transit method but those usually get locked down
quickly and it has nothing to do with the app or service itself - that’s
like blaming HTTP for people downloading inappropriate or malicious
content.

In 2016, Skype moved to Azure Cloud from Linux Supernodes hosted by Microsoft.

Find out more about our features and news on Skype blog. 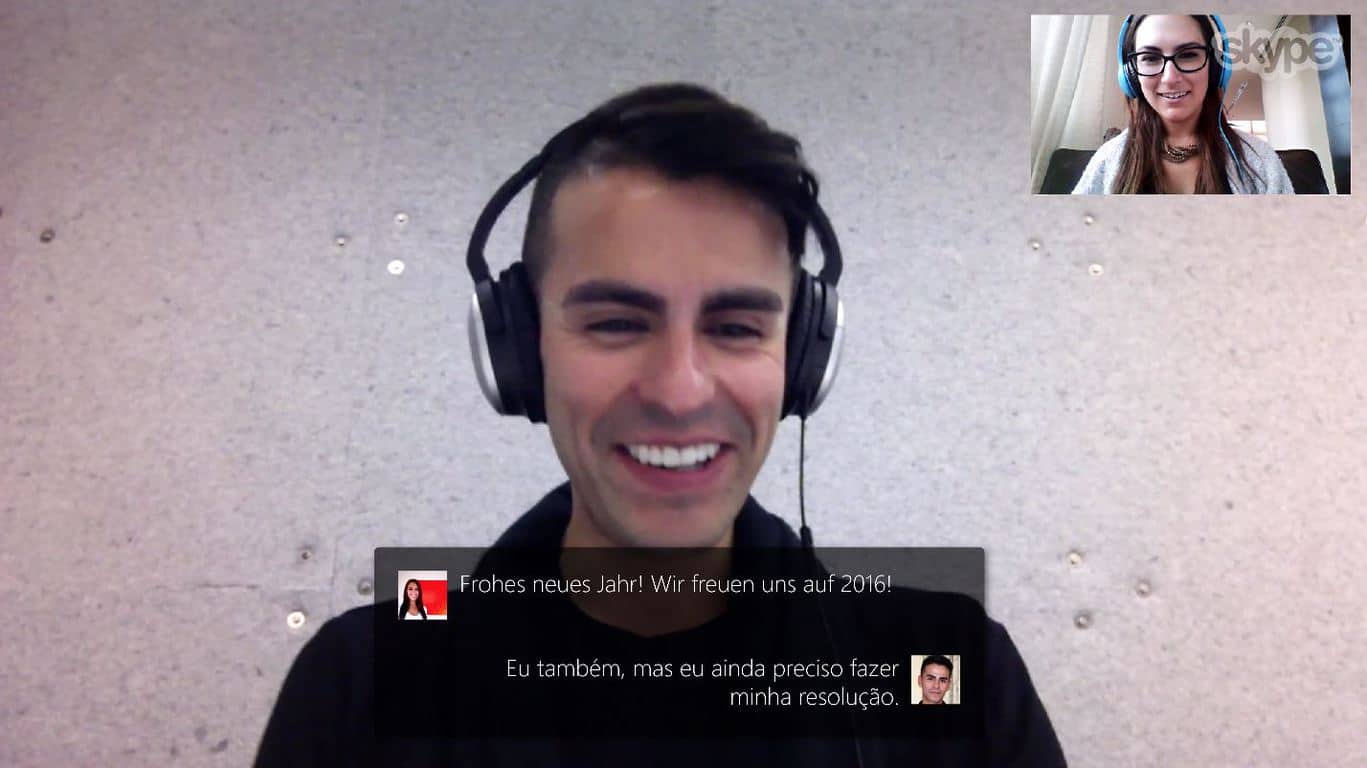 Skype nears completion on move from peer to peer to cloud - OnMSFT.com

Skype began, in 2003, as a peer to peer communications system, meaning that each user ran software to power the service on their own computers. When Microsoft

With so many Azure datacenters around the world, it does make sense to switch from P2P nodes to Azure Cloud as the original intention for using P2P was to tap on the nearest supernode network that had the best bandwidth and performance; which Azure Cloud can now function as.

Thanks everyone for your input. It went very well and was greatly appreciated.

It was very much a team effort, with several people helping in different ways. In particular was our head audio guy. They are on a rotation and this was supposed to be his week off, but that’s him sitting in the front row. He’s listening to the same audio feed being sent to the computer and using a tablet connected to the sound board to make sure they can hear what they need to hear. 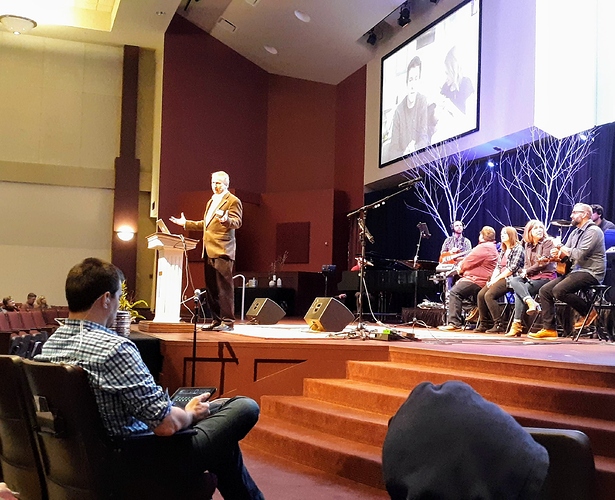