Propresenter is very buggy and doesn’t respond quite often. It chops up the video and responds very slowly to text searchs.

I know it’s only running 32bit, but there is plenty of RAM for it to use… Is there anything I can do to make this run more reliably?

The problem with building a machine instead of buying one off the shelf is the money you aren’t spending up front, you’ll be spending on doing the integration work yourself. Make sure all you drivers, firmwares, BIOSes, OS, ProPresenter, etc. are all up to date, and start with validating the machine works properly otherwise. The normal culprits, Cinebench, Realbench, Unigen Heaven & see if you results match what others get with those components. Make sure your memory speeds are correct, and that you don’t have any bad parts. The last one the only way I’ve been able to test is with another whole machine’s worth of parts…

It sounds like either you have Bad RAM, a motherboard issue, a disk controller issue, a disk firmware issue or a bad disk or cable.

Hi Matthew,
I beefed up one of my ProPresenter 6 Windows machines with 16 GB RAM, a GTX 1030, and an SSD. I get complaints that PP6 is slow to load, and slow when searching for files to pull into the library. Alex recommended some good points about updates to machine and PP6.
Renewed Vision also recommends this setting for choppy video if you have an NVidia graphics card.
https://support.renewedvision.com/article/204-nvidia-3d-settings-for-propresenter-6-for-windows
I checked it in my settings, and this setting was already off.
In my experience, ProPresenter seems to function better on a Mac.

Thanks for the reply.

Every other program I’ve thrown at this build runs flawlessly. All my
drivers are up to date, and I have no bloatware, or other programs running
in the background. The most the graphics card and processor have been
taxed running PP is 7% while using virtually no memory <4GB.

I will check another machine to compare.

I’ve always found the windows version of PP6 to be flaky. It runs solid on any Mac I’ve ever used. Even 7-8 year old iMacs.

The iMac I am replacing wouldn’t run live video and lower thirds without
locking up, even though Renewed Vision assured me it would…

FYI, there is a newish problem appearing with PP6 and Windows 10. Basically it prompts one to overwrite existing image files and once this is done (or skipped) the UI freezes. Renaming

Thanks Dave, I’ll pass this along to my AVL guys. Good find!

Also from my experience, ProPresenter does not offer a trustworthy experience on Windows.
I’ve installed it on a performant PC with 32GB of RAM and a ridiculously powerful graphics card, the software is not working as expected, laggy, unexpected crashes, at least once a week. Stage display is very buggy.

This past Sunday I had a simultaneous crash and burn of ProPresenter on four different computers…So it is either back to Macs or away from ProPresenter in the classrooms we go. Two of the machines that crashed were brand new, I’d run through complete tests just two days before. Acers with Windows 10, 8 GB RAM, and 2 GB dedicated nvidia video cards.

I had hoped to make PP work with Windows systems, but I’m giving up. This is the last in a long series of problems on the Windows side (and they haven’t been entirely absent on the Mac side either)!

Anyone tried OpenLP on Windows?

Yes, it performs well on low spec PC’s and also on high end PC’s.
It is a stable software with very basic functionalities.
The problem with it is that it lacks media management. You dont have the ease that you have in ProPresenter when it comes to slides and modifying them. Every time you want to change some design element for a slide, you have to change the whole theme that is assigned to it, then reload the item into service.
All in all, it is great for starting out when you’re on a small budget, maybe the best of freewares.
After this I would recommend Proclaim.

We are running Propresenter 6 on PC Windows 10. When we have videos included they run fine during rehearsal, but when they are played back during the performance, the audio on the videos is horrendous. Sounds distorted. Almost like everything is run through Darth Vaders Helmet Microphone. Any thoughts. From reading here it sounds like this is another "We should have bought a Mac) issue, but just wondering. Any input would be appreciated. Again it runs absolutely fine the first time, but after that it is horrendous.

How does it sound on your PC without piping it to the stage?

I haven’t tried that. I will let you know. Thank You

The problem seems to be a very poor port over from Mac to Windows. Their programming team may know MacOS pretty decently but lack the skills needed for a proper Windows 10 program.
High end PCs built by people that know what they are doing, with hardware that is top notch, it’s a crap shoot with it on Windows 10. Brand new AMD Ryzen 7 3800x, 32gb memory, 3500mbps nvme SSD, Nvidia 1660ti and every possible driver updated to the latest one.
It still has issues. Slow to load and laggy. It’s as bad as a late 2014 Mac with 8gb ram, dual core i5 with spinning rust (hdd).
Its the only explanation. They need programmers that are good at programming in Windows 10.
Im not trying to be mean, nasty or anything but not every church has the budget to buy inferior hardware like a Mac that cost 3 times more than a comparable PC. The only difference is the Operating System.

Reading their latest Windows bundle, the config file show that their codes run on .NET 3.5 . If they architect the software correctly the performance issues should be minimised. What are the usual problems running Propresenter on Windows? I read from their forum that startup time can be very long; the codes could be running in sequence instead of loading tasks in parallel (async, multi-threading)?

Maybe RenewedVision Team can post their test/benchmark machine brand/specs? I guess the problems could be due to the PC drivers, non-Propresenter patches, graphic card options etc complexities; compared to Macs where the variations are more limited.

Yes, very slow startup, crashes, etc. It’s bad enough on a Mac at times but much worse on a pc. For such a major program, one, they need to be in 64bit mode.

I don’t think they have the experience of programming properly in the windows os. They are used to programming on a Mac, which does things so much differently with very minimum hardware specs, which causes issues with propresenter on Mac also.

It doesn’t appear to be designed in windows to take advantage of the more advanced hardware, which is so readily available. They need to get out of the Mac mode they seem to be stuck in and seem to love and realize what their customers needs are. Having to spend a small fortune on such outdated hardware as a Mac, in order for it to run smoothly, and charge the price they charge for the program, well, lacks professionalism.

They need advanced windows programmers. As a retired systems analyst and programmer, I can see their lack of skill when it comes to the windows platform. They are doing a great disservice to the customers, which is sad really as conceptuall, it’s a nice design and layout. It just lacks proper implementation and care for the customers, unless they are Mac users.

The reality of the world is, the PC environment is much richer, with much better hardware, at a fraction of the cost. Churches are forced to keep running on very outdated hardware on Mac computers, due to budgets, just to get propresenter to run half way properly.

Whatever their problem is, which appears to be lack of skill in the windows environment, they need to address it. They are falling behind and there will be that program that comes along and makes them obsolete.

If you’re so confident that it’s their lack of competence at Windows
development, you should test another similar program on the system like
EasyWorship or MediaShout. They both actively focus on Windows
development, so I’d expect more of their dev time has gone into that.
Frankly, the media stack on Windows is embarrassingly bad and the
multitude of hardware may make it easy to get a cheap, high performing
system but it causes a lot of fragmentation and variability in how the
systems are configured. Additionally, media formats that were Mac Native
are not going to be Windows Native so your method of producing shows
likely needs to change.

There are quite a few KBs to check from their website, as well as
reaching out to support. 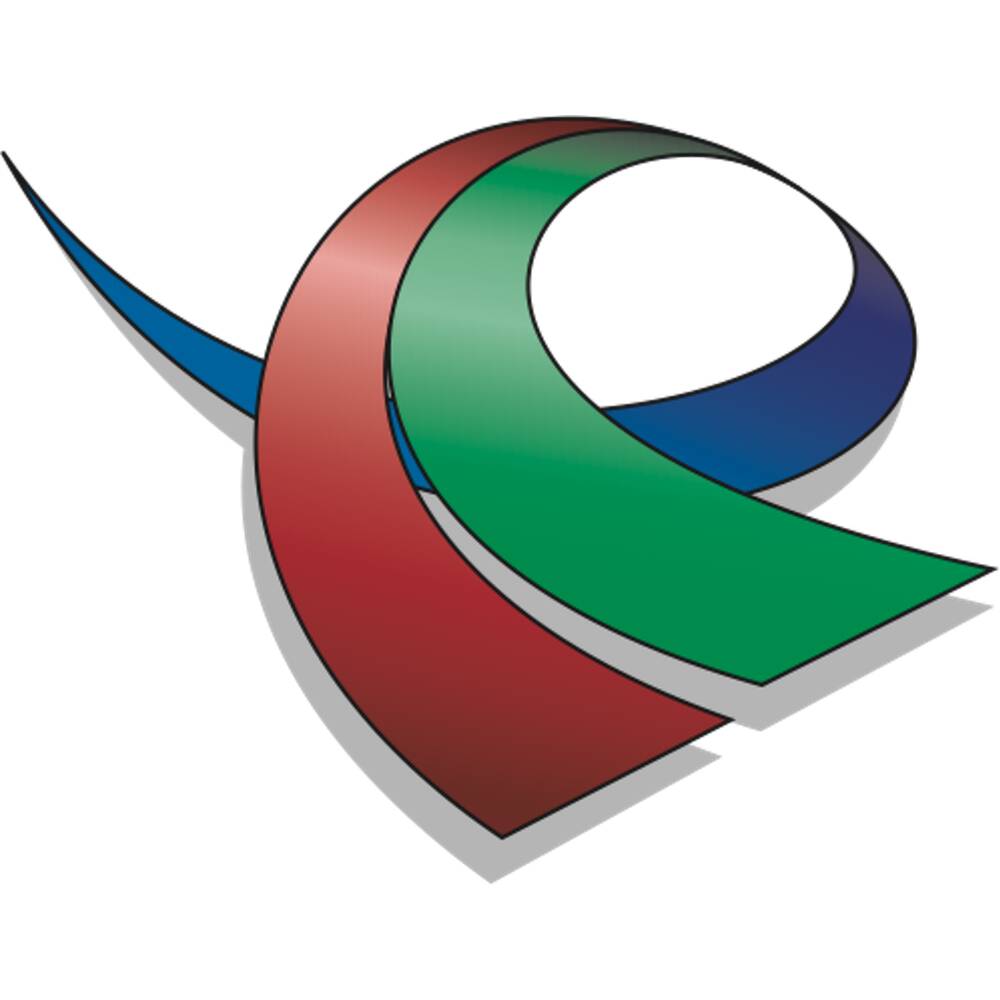 This setting is only available for Windows users with NVIDIA video cards. You will need to be using the latest NVIDIA driver and Control Panel software available. Head over to NVIDIA's website to c...

In the Windows 10 Fall 2017 Creator's Update (version 1709), there was a new feature added that inhibits your ability to perform many of the basic functions allowed in ProPresenter, including impor...

Pro6 Windows Freezes on Launch Due to MediaStack Import Error

When launching ProPresenter 6 on a new user account on Windows, some users experience an issue with the program "not responding" or "freezing" when being prompted to add MediaSt...

Unfortunately, we are too heavily invested into it now and switching over would require so much retraining, etc. I have messed with the others on my own and they are much faster but…

Don’t get me wrong, I love the program, I just wish they would spend more time on improving the windows version and fine tuning it. I’ve done enough programming to know what lack of experience in an os is like. Windows isn’t that hard to get around and fine tune, IF you are experienced in it. This level of program needs to be 64bit also. Right now, it forces churches to invest in expensive outdated apple products to work more efficiently. The program itself, user friendliness and abilities is excellent though.