Is Jamf worth it?

Pretty simple question here… Just looking for some opinions from those who have implemented Jamf. Its pretty pricy. Do you feel the benefits have been worth the cost?

We have an environment with about 100 workstations (60 mac / 40 pc) and 50 iOS devices. These are managed by two IT personnel across 5 locations. We are thinking of moving to (almost) 100% mac and using Jamf to manage them. The hope is that we can streamline our deployment and reduce minor support issues (like printing, etc).

The price tag is pretty steep though, so just want to get some opinions from people who have actually used the product.

I think @John.Gunn might have an opinion on this…

It’s worth it. We’re now over 100 macs and jamf has been helpful. The initial cost hurts, but reoccurring is reasonable.

The hope is that we can streamline our deployment and reduce minor support issues (like printing, etc).

That’s a very loaded statement there. jamf PRO is more of a 2-part framework than a magical cure all—MDM and management framework.

It’s MDM implementation is the best in the business for the macOS platform. However, there are many competitors which are beginning to make headway. SimpleMDM being one.

The management framework (with it’s Self Service app) has no competition commercial space in my opinion. Munki is a very strong competitor in the OSS arena. Munki has vastly superior patch management. But that’s what Munki was initially built to do. Where as jamf was built more for predictable machine state. jamf’s patch management is very much lacking in the automation space right now.

So the decision really comes down to a time vs money argument. jamf is a fantastic company. They provide great support and a (usually) great product. As long as you go into the venture knowing you will need to put a lot of effort into the initial startup, you will likely be very satisfied in the long run.

We really liked JAMF but the initial cost was more than we could do at the time. So we went with Addigy which does mostly the same, just not as pretty. It also didn’t have the initial training cost. We may go to JAMF down the road, but for now Addigy works great for us for Mac Management, MDM, and DEP.

YES! I don’t know how we would manage the Macs the way we need to without it. The SelfService system and printers alone make it worth it. We have 8 locations 100 Staff MacBooks, About 30 weekend Macs and we’re looking at adding iPads to it. And we do it with 2 staff (really Joe does 90% of it). Roll it into the cost of moving the other 40% of your users over to Mac as a “Must Have”

It’s worth it. We’re now over 100 macs and jamf has been helpful. The initial cost hurts, but reoccurring is reasonable.

I don’t know that this is the case anymore. When HFBC was first investigating Jamf over the summer last year, we were only offered a hosted Jamf solution. There was nothing on the website about any discounts for running on-prem, everything was hosted. Having spoken with a number of CITN churches using Jamf and knowing that there had been a cheaper option, I pushed our salesperson and he let me know that the on-prem only solution was ending as of 9/30/17 and that, going forward, Jamf would only be offering the hosted solution.

The quote we received on the hosted solution was $67/Mac per year and $38/iOS per year.

With all that said, even if I my only option was the hosted solution from Jamf, I would still do it. Jamf has saved me and my help desk tech incredible amounts of time.

Some of the things we are currently doing with Jamf:

Now, we could do most of this without Jamf but, being a team of two with 300+ users to support, Jamf has been such a blessing. We are a split staff between Macs and PCs. We have known for some time that Mac users are less likely to have help requests than our PC users but this has been offset by the number of times we have to go and touch all of our Macs for something silly that we have been able to do with GPO to manage our PCs. Now, there is nothing that I have set out to do with GPO that I couldn’t do with Jamf. Now when it is refresh time for one of my users, I am giving them a Mac unless they have very good reasons why they need a PC.

We’ve been using JAMF Pro on-prem for a few years and LOVE IT, with a few caveats. We have some “weird issues” that JAMF support hasn’t been able to figure out, such as smart groups not filtering correctly based on our criteria, which is a pretty big deal.

I haven’t devoted the time to really resolving that issue, and even with that issue I’m happy with it and would do it again.

Since implementing JAMF PRO, I really push for staff to get Macs rather than PCs because it is so much easier to manage and support Macs than PCs (this was not the case before JAMF for us).

I’m not a JAMF user, but a good management tool like JAMF is definitely worth it! We don’t have a bunch of MacOS or iOS systems, but an Apple management platform has been invaluable to me.

I ended up going with Mosyle Manager; they also have a home product I haven’t used, and a free version that has some limitations. It’s price point was significantly less than JAMF when I looked and it does everything I need. Their support has been really, really good; this was important as they are a ‘school focused’ MDM, but are fine with churches using it (I just had to pay attention to some terminology differences because of their school focus; support was helpful here if I had any questions). They keep adding features I originally didn’t need that keep improving their quality (probably getting them closer feature-wise to tools like JAMF)

I just got off the phone with JAMF. I’m going to do a demo to see it but I was initially quoted $80/yr/mac device and $20/yr/ios device with a $7500 mandatory initial jump start cost which provides 3-days of on-site training and setup. I emailed Mosyle Manager to inquire about their product as well. After reading about it, it does what I’m looking for and the pricing they show is a fraction of the cost of JAMF. I’m wondering what else is out there!

Apple device management for IT teams in any environment. MDM for enterprise, education, and MSPs. See why true-cloud beats hosted cloud.

Anyone using Addigy or JamfNOW?

I ended up going with Mosyle. It was a fraction of the cost of JAMF and has similar features and everything we need. I was able to lock in for 3 years for 1/3 of what JAMF was going to charge me for 1 year.

I chose Addigy because the price vs. features was so good. I’m still learning it. Set up on about half of my machines so far.

Jamf Connect now integrates with Azure AD. That sounds like a nice combo. 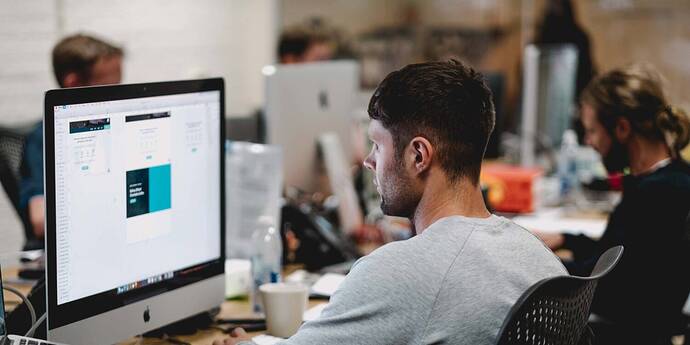 Jamf Connect allows you to connect macOS devices with Microsoft Azure Active Directory for easy device deployment in the enterprise.

FYI, just tried to sign up for Mosyle Education and was rejected, followed up for clarification on churches being able to get under the education license and support told me that its been restricted now only to educational institutions. Guessing those who are in are probably grandfathered.