Backup To The Cloud

Now that we have better upload speed, I want to consider cloud backup as on option for off site storage.
I am using Backup Exec to backup my servers and then make a copy to another media to store offsite. Once a week they make a run to the the bank to deposit the contributions, they also take the backup media to the bank vault for me, Cost for bank deposit box is pretty cheap.
Cost is a major factor for us. Any recommendations?
Things I should consider besides costs are encryption of that data, speed of both upload and download.
We are a hybrid shop, mainly Vmware and a couple of windows data server. There is a good chance I’ll convert those to VM when I can get a larger shared storage.
I don’t have a budget in mind. Right now, I copy the backups to the RDX hardisk. Would be nice if I can automate that process.
I appreciate any suggestions and recommendations. Thanks

If you have a place to store the data, Cloudberry Backup is a good option, one time purchase for the software, and it supports a number of cloud storage options. For our school, our data drive is able to fit within the 1TB space per user in our Google Apps for Education, and we set up a backup user just for the nightly data backups. Office 365 also offers 1TB per user file space. Cloudberry is capable of a full bare metal backup, just we do not have the upload speed to support that much data transfer during the night. 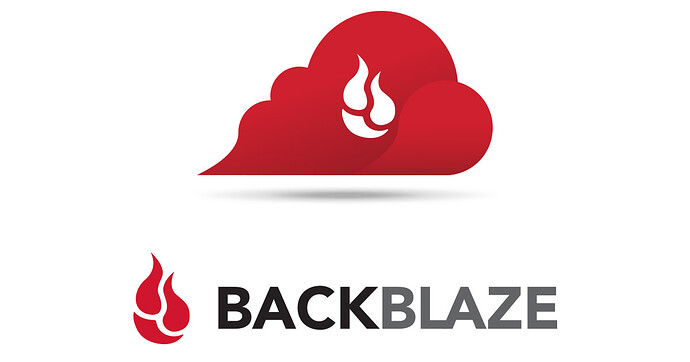 High performance cloud storage at a fraction of the price.

Its $0.005 per GB per month. Thats cheaper than Google or Amazon if Im not mistaken. As for automation, I know a few apps do plug in with B2 but scripting is pretty easy as well.

I second Backblaze B2. CloudBerry software can integrate with it making B2 as a backup destination super simple.

Thanks for the suggestions. Looks like Blackblaze got some cheap storage.

Another recommendation for Backblaze with something like Cloudberry on the front end.

Cloudberry is nice, but has a bunch of stuff I didn’t need for my off-site backups. Qbackup looked pretty good but there are several front end backup programs that will work with Backblaze on the backend: Cloud Storage Options: B2 Partner Integrations